Africa must be a salivating prospect for a company like Amazon.

With the world's youngest population and future economic growth prospects that other regions can only dream about; the emerging African consumer is primed to take up a lot of Amazon's attention once they officially launch their marketplace in South Africa in early 2023.

There is no doubt that Amazon have been keeping a careful eye on South Africa for some time, but that's the genius of the company - they waited until conditions were just right to pull the trigger on the move.

See Amazon know that rising interest rates puts the squeeze on companies that rely heavily on cheap money to prop up their sales pipelines. As global rates start to climb, and without much of their traditional 'cheap money ammunition' to defend their position in the local market, Amazon saw the gap and took it.

A lot of the initial attention since the announcement was leaked has been on the competition that Amazon will give to the likes of other African e-commerce retailers like Takealot, but commentators are largely ignoring the potential consequences of Amazon arriving on our shores with a full-suite of Amazon branded offerings, ready to take on all of those who assume that they've got things covered in their little neck of the woods.

The initial party with start with a marketplace, but no-doubt, Amazon Prime will soon follow and maybe a couple of Whole Foods outlets will join in too.

Amazon have extensive clothing ranges, electronic devices, the money and ability to outbid anyone for the rights to stream lucrative sports events on their channels.

Their marketplace offering is just the tip of a very big iceberg.

Lots of South African brands are going to feel it

This launch doesn't just affect Takealot - it is going to change the playing field for everyone. South African clothing retailers, grocery brands, pharmacies, book seller, media companies, consumer brands - all should be taking this debut very seriously and should be doing extensive scenario planning and critical thinking as to how they will potentially compete once Amazon are here.

What's also being largely discounted is that South Africa hasn't as yet seen an American mega-brand like Amazon coming in with the amount of disposable cash that they have, powered by an incredibly strong internal culture, that is literally obsessed with perfecting the customer experience, and innovating their strategic approach until they win.

Let's just remember that Amazon is the world's 3rd biggest brand - just behind Apple and Google.

South African brands widely pay lip-service to marketing and modern branding concepts like customer-centricity - they're not even on the same page as to what the term means. The appalling service that many South African brands choose to offer customers has in many cases become embarrassingly legendary.

Amazon wrote the customer-centricity playbook; the scales here when it comes to customer value competence are tipped hugely in their favour.

Boasting one of the world's strongest brands, a talent pool of innovators who will stop at nothing to get what they want, an enshrined philosophy of playing the long-game and having no legacy systems, or historical baggage, to weigh them down as they unlock this new market - their entry into the South African consumer marketplace is yet another significant change on the horizon.

We have already witnessed the implosion of brands like Musica, CNA, Edgars in the last couple of years due to advanced competition from well-capitalised global brands and a lack of willingness to innovate.

Without careful strategic planning as to how to navigate this change in the coming years, this list will more than likely include a few more beloved South African household names.

Brace yourself South Africa - we are about to get a marketing lesson from the World Champions. 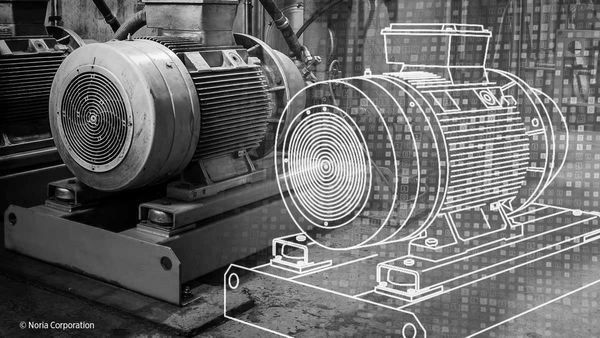 Forget what the egotistical billionaires are telling you to believe and think about it for yourself.

Once it was just 'an office', in the future it'll be a key part of an organisation's strategic advantage.